Created for Portland’s Reed Arts Week around the exhibition theme ‘Rupture’, Jamie Drouin and Lance Austin Olsen’s FLOODLINE takes, as its starting point, the cities position near the confluence of the Willamette and Columbia rivers. The installation places a large thicket of collected branches inside the gallery, creating an undulating form not unlike a natural flood line, which marks the highest position of water after an exceptional rise in level, and its physical effect on surrounding debris.

Emanating from the thicket are a series of sounds which seem to imitate the small cracks, and movement of the branches, as if still under the influence of a rising body of water but, in fact, are made through crude electronic means – a reference to the artists’ interest in electronic noise pollution, and the discordant dialogue these sounds have when overlaid onto more conventional symbols of nature. The sounds become denser and more complex over the course of the installation as the artists enter the gallery and add additional recorded layers. 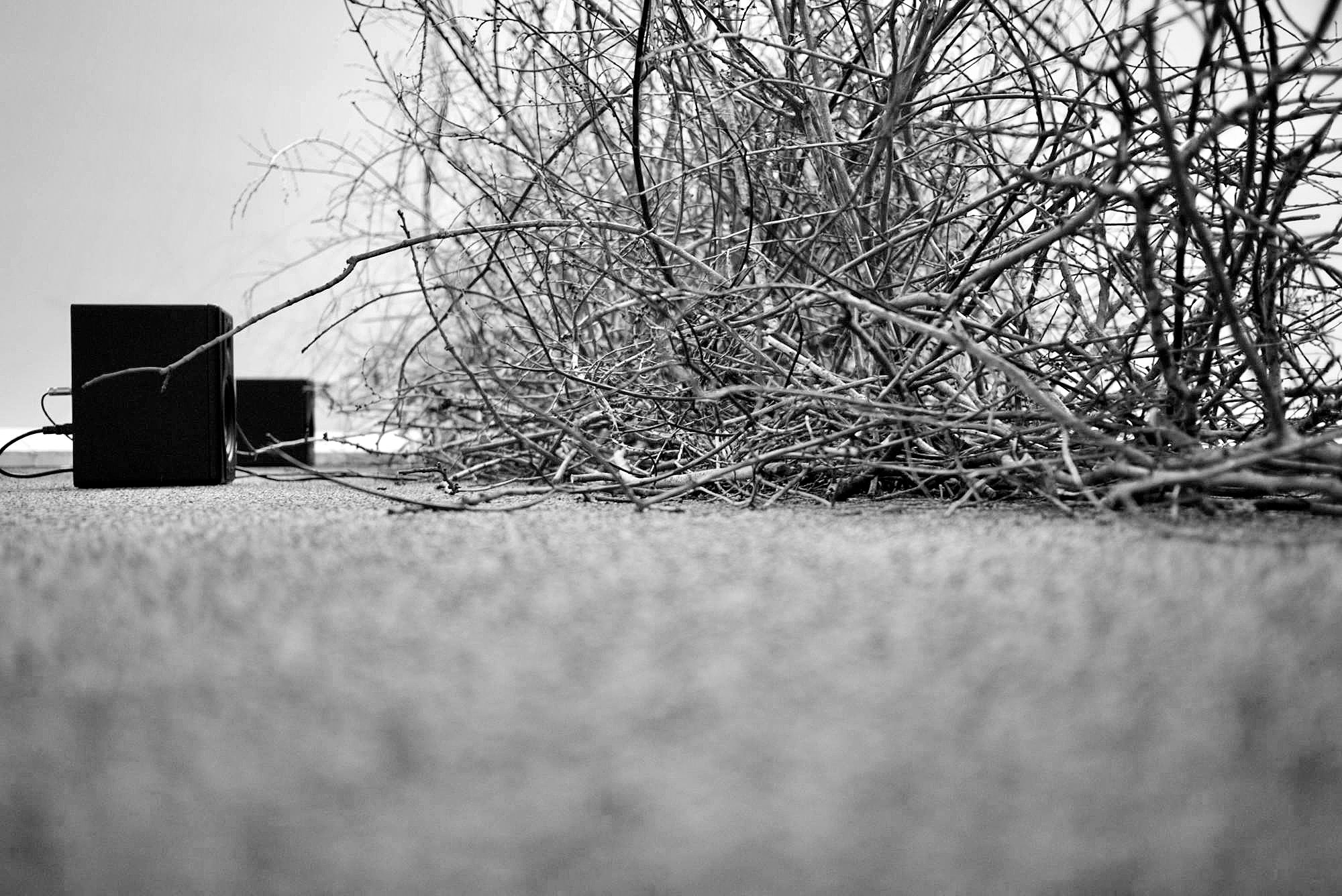